As Recorded At Madison Square Garden is a live album by American singer and musician Elvis Presley, originally released in June 1972 by RCA Records. Recorded at the Madison Square Garden Arena in New York City on Saturday June 10, 1972, the concert and the subsequent album were Presley's first live concerts in the Big Apple since the 1950s. 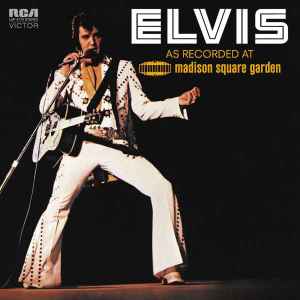